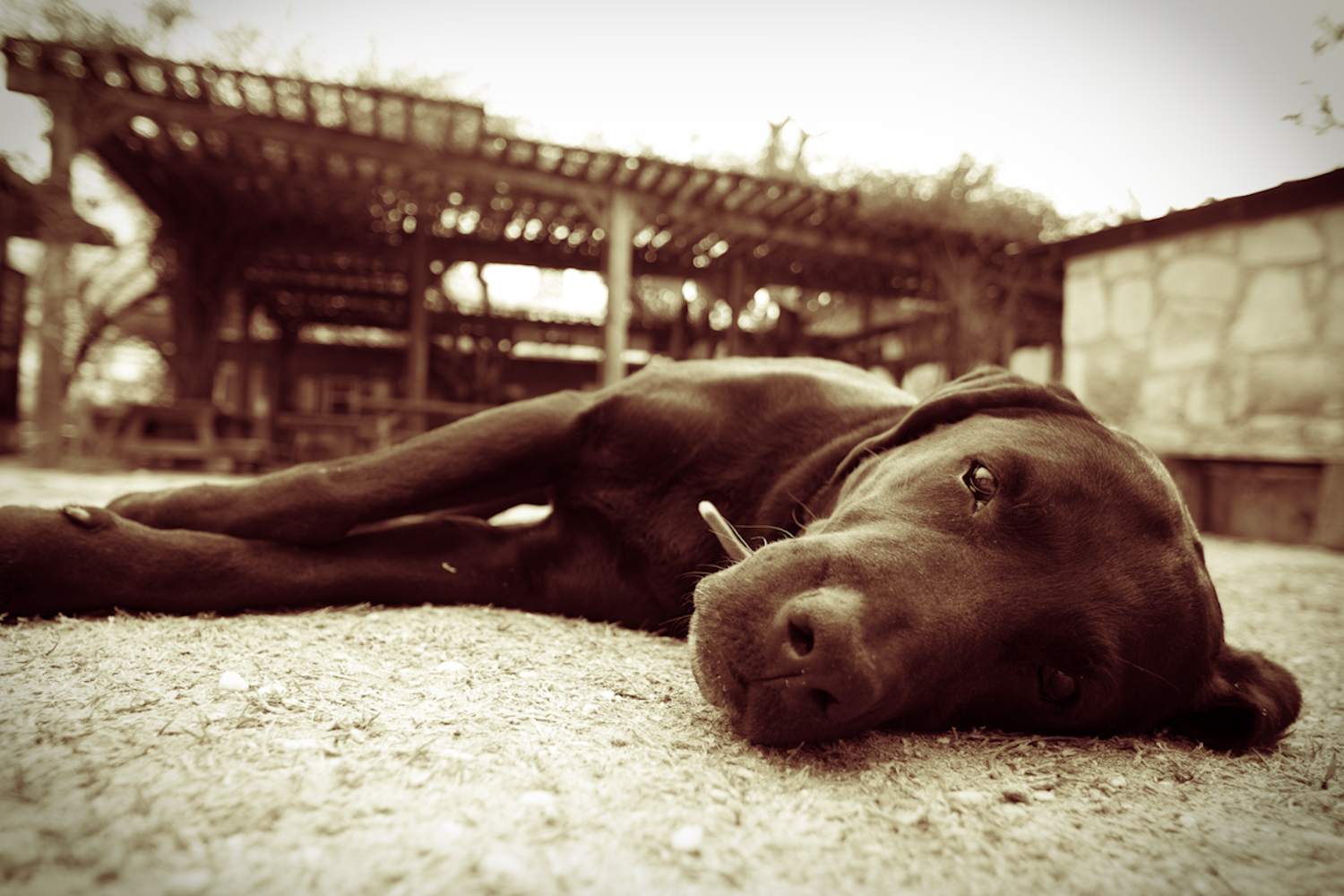 If you're like most people with entrepreneurial aspirations (or just one of those plain old ambitious folks), you eventually face a motivational crisis. It comes on gradually and stalks you patiently before it pounces. You never see it looming over you until it grips your heart and forces itself into your awareness. When it takes hold, it sucks the air out of you like an asphyxiating fire. It deprives you of energy, of joy, of the fuel that feeds your relentless engine.

For an always-give-it-your-best personality, loss of motivation is the equivalent of chronic depression.

Lately I’ve been feeling lazy. As a self-disciplined over-achiever, “lazy” is one of those constructs I believed we inflict on ourselves (like hypochondria or bad fashion). Not a real obstacle separating where we are from where we want to be, but an easily surmountable state of mind that’s within our control to manipulate and eliminate. And yet… lately I can’t seem to shake this flu-like haziness that sucked my energy away. Twentyfour is too young for a life crisis.

Rewind back 6 months ago, I was working in a 3D printing startup and on my own project on the side. I was spending basically every waking moment absorbed in work, which most of time was tedious and dreary, but I couldn’t been have happier.

Then rewind again 12 months. I was studying, writing, co-organising Pitch your Passion and what not. University felt like a chore, but I was rocking it anyway. I was drawing upon a seemingly endless well of energy. I didn’t need to push myself to do the work. The work was pulling me in.

Shift back to today. I work in EdTech, what’s more hip or rewarding than that? I learn and expand my skills set every day. I take care of myself, I work out, eat well, sleep enough, I even started meditating. I plan my future and I work towards gaining the competencies I believe will take me to the next level. I know that what I do today is in the service of tomorrow and that rewards come after years of work. But when it comes down to it though, I’ve worked harder in the past, with less prospects for the future. So then, why do I feel like a prisoner of my to-do lists?

What happened between then and now I partly blame on an over-abundance of self discipline.

“Never be satisfied” preach all those misleading motivational posters. Even our favorite source of wisdom, Steve Jobs, tells us to “stay hungry.” That’s all fine and dandy, but what if you’re starving yourself to death? And don’t forget our culture is all about the “work hard, play hard!” But hey, if you do fail, we both know it’s because you didn’t work hard enough. The “play hard” part is just there to make your life sound more exciting.

It’s no surprise that inviting contentment and self-indulgence in our daily lives looks a lot like being complacent.

Lately I’ve been reading a compilation of little biographies by Mason Currey called Daily Rituals: How Artists Work. The book documents the everyday habits of 161 inspiring minds, including novelists, poets, painters, philosophers, scientists, and mathematicians. These repetitive stories drew my attention. Once I was able to look past the many cases of substance abuse, insomnia and ADHD, a few patterns started to emerge:

I’m starting to believe that the feeling of freedom or accomplishment is either an ever present companion or a chimera. It’s with you constantly, when you smile with pride over your day-to-day performance and little wins. Or it forever eludes you, tempting you seductively from some distant point in the future. A point that always slides one step further into the distance with each step you approach it. That seductive smile of future promise is what you’re giving up your own smile for.

“Never be satisfied” for long enough, and you’ll forget the taste of satisfaction. You’ll lose your sense of what accomplishment feels like. Deny yourself taking pride in the small wins for long enough and you’ll lose your capacity for pride all together. Once you’ve forgotten that warm embrace of a genuine self congratulation, it’s almost impossible to muster up the energy for the uphill struggle that will take you towards your long-term goals.

For me, working towards my vision of the person I want to become involved a series of long term and short term goals, broken down in monthly, weekly and daily task. I knew that I have to be perfectly disciplined today so that I can be free and accomplished in the future. I cultivated a feeling of “not good enough” around my work, so that I would push myself to improve it. Oh, how that backfired…

After a string of sleepless nights wondering if accomplishment is incompatible with energy and happiness, I started to get a sense of where I went wrong. In the pursuit of personal and financial freedom in the future, I denied myself small measures of it today. Again. And again. And again. Up until the moment I ran out of energy to pursue that freedom.

Life’s short. Perhaps making the best use of it is to enjoy it right now instead of deferring enjoyment to some point in the distant future that may never come. By the time that moment does come around, we may have lost the capacity for enjoyment altogether. The crux is that enjoying yourself today and indulging in instant gratification does not equate to being lazy or sacrificing your future prospects. Small habitual moments of pride (even if somewhat unwarranted) fuel you with the spirit you need to push forward.

As for myself, I find that I achieved the most and worked the hardest not when I was most disciplined, but when I was happiest; when I felt a dose of pride in small everyday accomplishments , even though they failed to equate to some grand masterpiece.

Armed with the understanding of what it is that truly drives my passion, a re-prioritisation is in store. Prioritising a certain state of mind, rather than a list of tasks that must get done. I believe that cultivating the everyday capacity for happiness and pride in the small things is worth a little indiscipline. Overall, the arrow will fly further, albeit the shaky aim.

Ironically, prioritising a feeling over a goal is much harder when it comes to managing one’s life. It involves loosening up our standards and letting go of constructs we held precious. It demands being satisfied with less at times and not beating ourselves up over it. It means being proud of ourselves, even when no one else is. It’s about deciding every day that it’s ok to take a break. It’s about being proud of your one page of writing, even if the book is far from complete. It’s about toasting you five lines of code, even when your landing page is crashing. It’s not the big decisions and monumental goals that break us. It’s the little ones.

A big "Thank you" goes out to Sandra Vilceanu for her feedback on this essay.

Where Do You See Yourself in 20 Years?

Two Things That Surprised Me in Beyond Fear and Greed